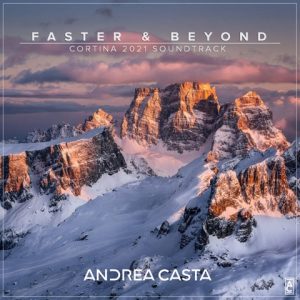 Andrea, born in Brescia – northern Italy, studied violin at the conservatory of Brescia and at the same time graduated from a Classical High School.

Steered from an early age to skiing, he continued to compete until 2002. He then moves to Rome and makes his showbiz debut.

Violinist and singer in the most prestigious clubs in Italy and abroad. He makes his tv debut as part of the cast of “Domenica In”, and is one of the protagonists of “Fame the musical”– he has also presented television programs on Raidue, Raisat and Sky.

In 2012 he released his first album Room 80 produced by Sergio Cossu with 12 hits of the 80’s rearranged in pop-lounge style.

With his electric violin he is protagonist in major European festivals and in the most fashionable clubs all over the world. His performances stand alongside the best international DJs, the most up-to-date trends, and artists from all over the world encompassing various styles of electronic music: House, Techno, Edm, Lounge, Deep.

2018 it’s time for his debut in the dance music record industry with 10 brand new original songs: The Space Violin Project, a sci-fi based concept album.

The production involves Beatone, JØD, Meiden and many other song writers, producers, remixers, singers and musicians.